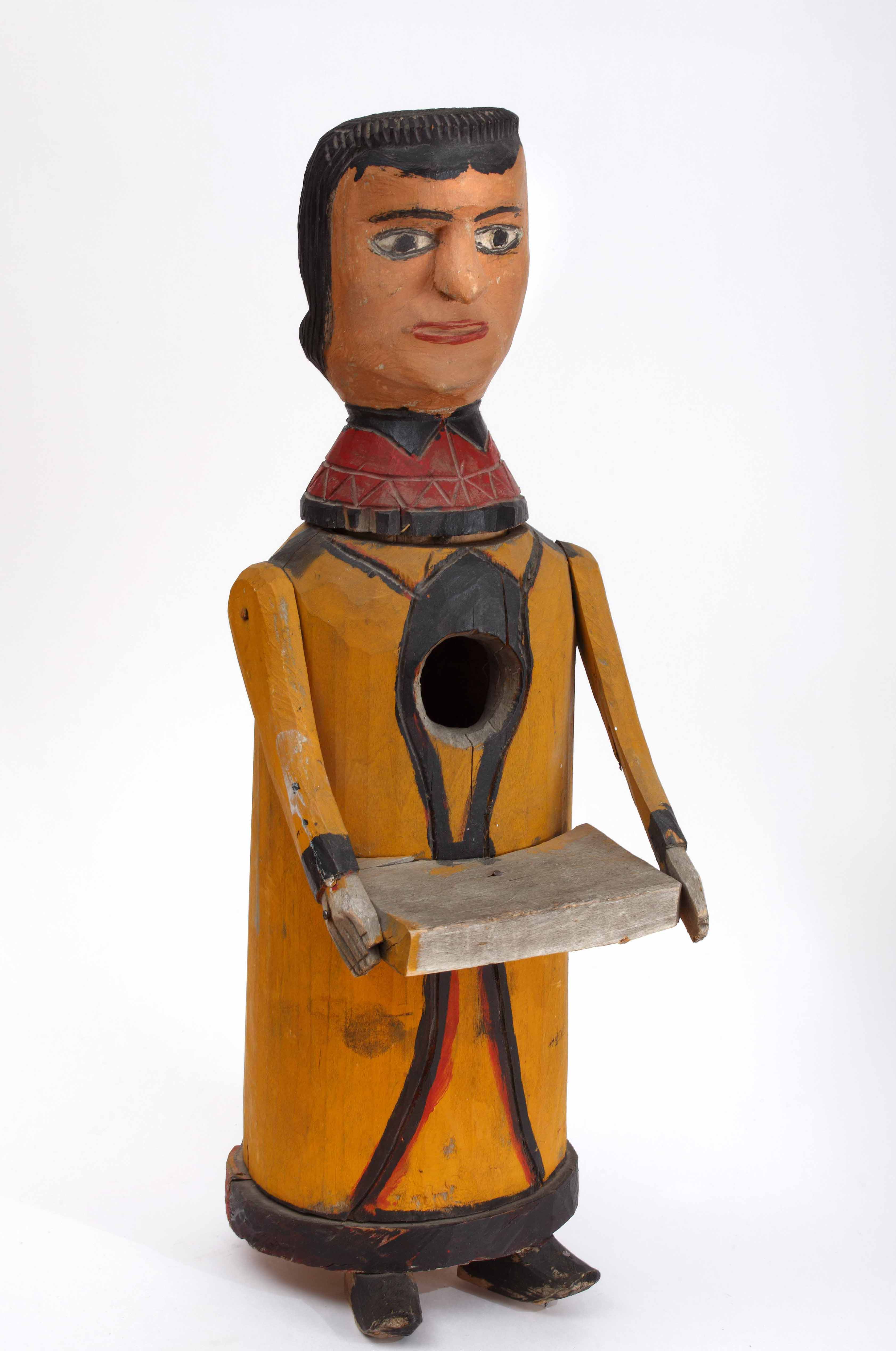 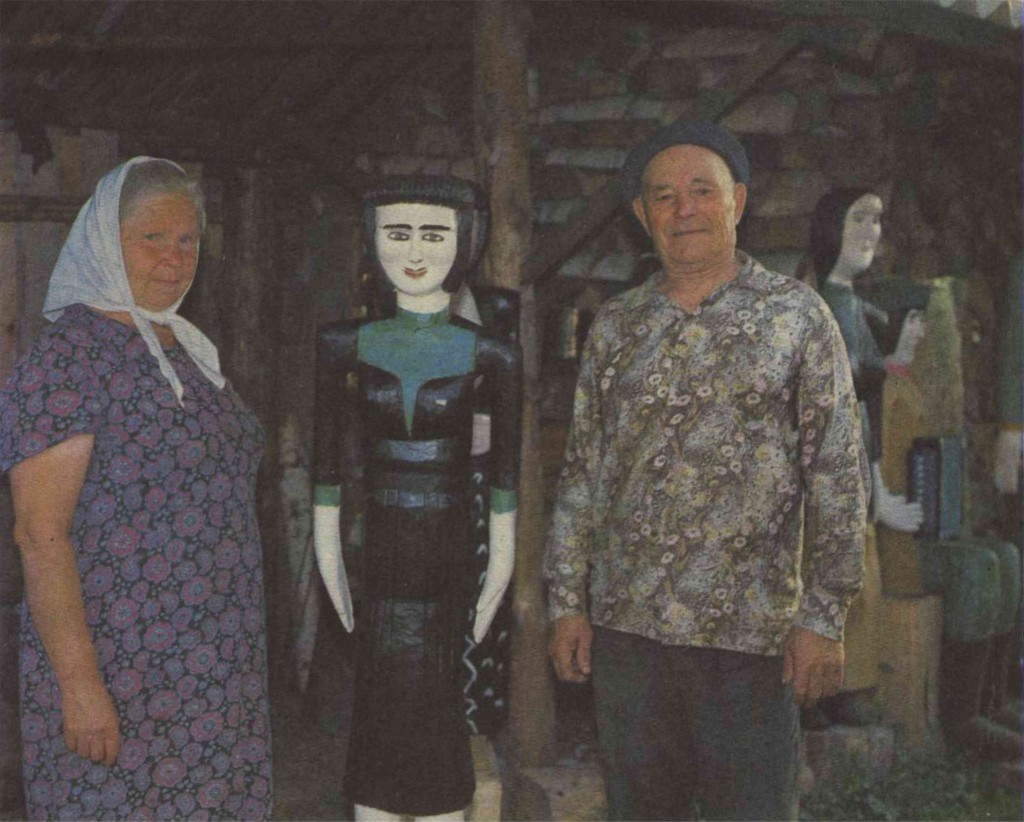 Born into a peasant family in the Yaroslavl region, participated in the first and second world wars. He worked as a carpenter and joiner, built farmhouses. The first wooden toys he started to make in 1940. Since 1979, he began to make a variety of wooden skulptures. Zaznobin continued the tradition of folk sculpture – mobile, sometimes producing sounds. Many of the works are anthropomorphic and functional at the same time: hives windmills. He had Bible stories (traditional folk wooden sculpture “Adam and Eve”), fairy tales (“The Fisherman and the Goldfish”) and carousel figures in large (almost in kind) size. Sculptures of Zaznobin were very popular in Moscow in the 1970-80s. His name was is known, the work met in the collections of professional artists, which attracts primitive expressive power in his work.