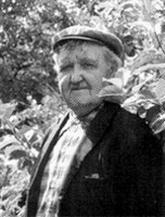 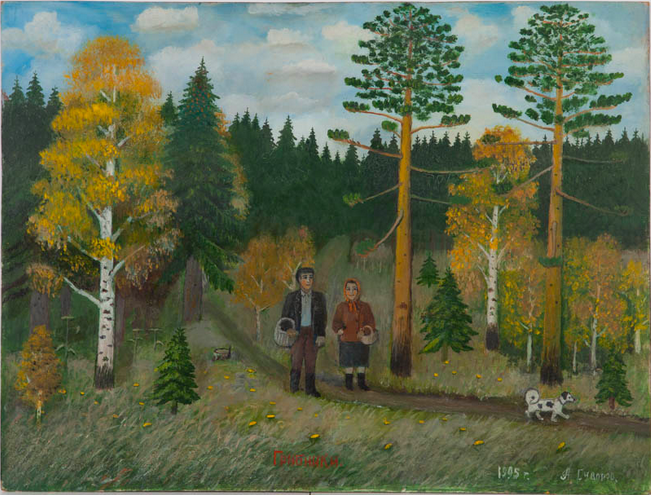 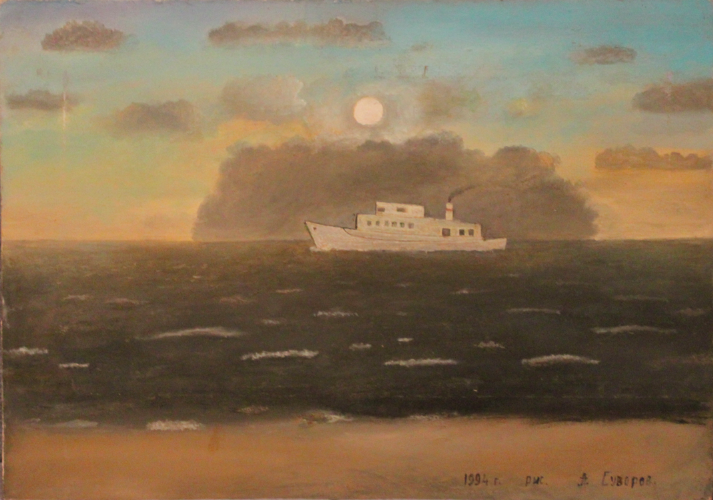 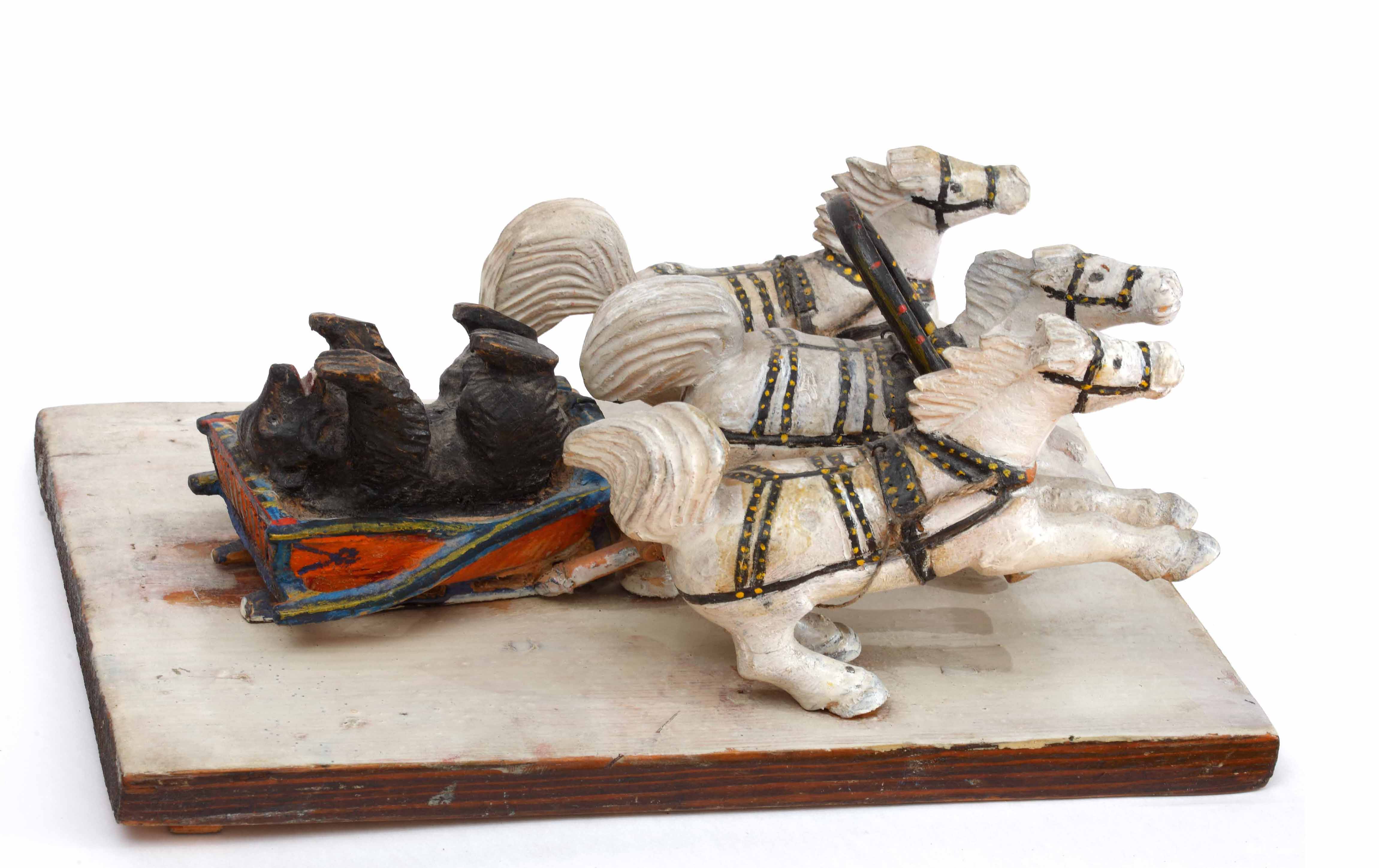 A.Suvorov was born and lived in the village Volnoga Tver region. Coming from a peasant family, his mother died early. He went to school for only one year. As a teenager, he apprenticed to the village cobbler. He learned how to work with a knife. He worked first at the farm, and then on the railway: coupler, switchman, conductor. He loved to draw since childhood, began to paint 1970-ies. In 1978 he saw in a shop in Kimry a wooden toy. He decided to start began to cut himself. Woodcarving in his native place was traditional. In sculpture Suvorov repeating the same stories that attracted him to the painting: three horses, bear, fairy-tale characters on the gray wolf. In 1980-ies he began to exhibit his paintings for sale art salon in the town Kimry.
Paintings of Suvorov, a small, usually on hardboard, inherent naive idyllic image of an old Russian village. His subjects: Mushroom pickers, peasant, turning the river on the bridge, a walk with a harmonica, a festive table in the garden (“Oh, he by the way, this feast!”, 1995), “Winter Forest”, “Golden Autumn”, and inspired by reproductions of Aivazovsky rare for the Russian naive art marine imagies with the steamer or boat. Figures of peasants like the sculpture that he cut out of wood and painted in the same colors that we find in his paintings.
He portrayed a large white church, which remember from childhood, but that was demolished. Pictures of Suvorov very close to the typical image of Russian peasant pictures of an earlier time. The last ten years of his life he worked on the orders of collectors, but quite frankly embodied leaving the reality of rural life and the beauty of Russian nature.

. 1996 ‘Feast, which is always with you’ (naive art in Germany and Russia) German Cultural Center
. Goethe and the All-Russia Decorative-Applied and Folk Art (Moscow)
. ‘ART-MOSCOW’ Stand Galleries ‘Dar’ to Russia Art Fair in the Central House of Artists (Moscow)

2013, Museum of everything, Garage, Moscow