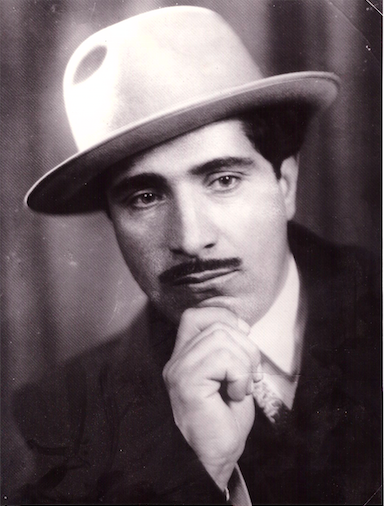 Vagan Sakian (Сакиян Ваган Еревандович, 15 October 1926 – 25 august 2002).
Originally from the village of Lchashen in Armenia. Sakian participated the WW2, settled in Moscow, and worked as a driver. After retirement in 70’s suffered 2 years depression, and start to paint to overcome it. In 1988, for first time began to sell his paintings in Izmailovo. Since the beginning of 1990 ‘ was exhibited in galleries, worked for collectors.
Primitive has deep national roots in Armenia: in 1960-70-ies in the republic were many naive artists, most of their works thanks to the wide Armenian Diaspora were exported abroad.
The intense expressive colors, expressive artistic image are the characteristics of a small but well-lined compositions of Sakian.
Like many of the primitive master Sakian repeated his favorite subjects to ten or twenty times. However, each painting was not a copy of the previous one, and contained own image and even different accents.