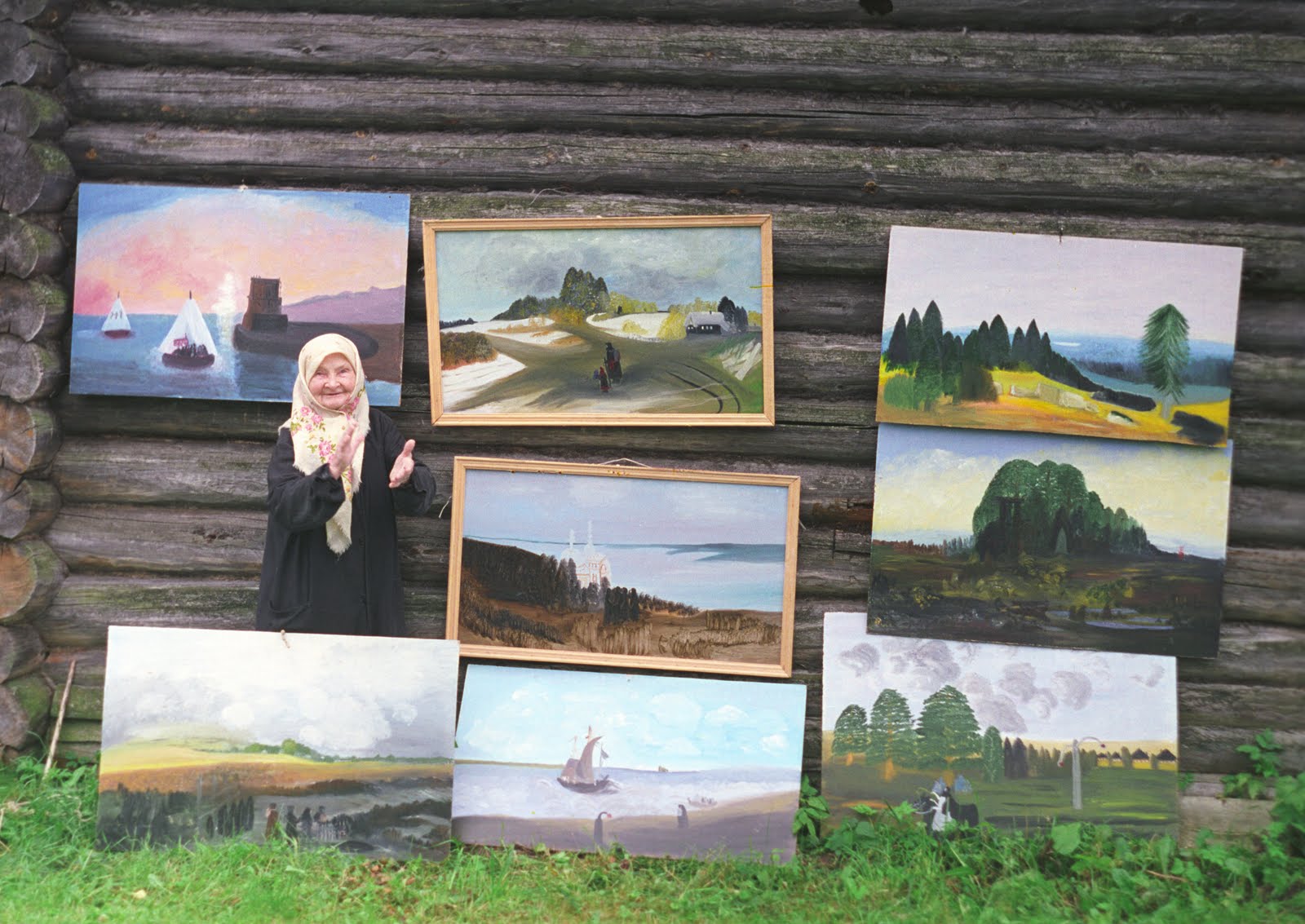 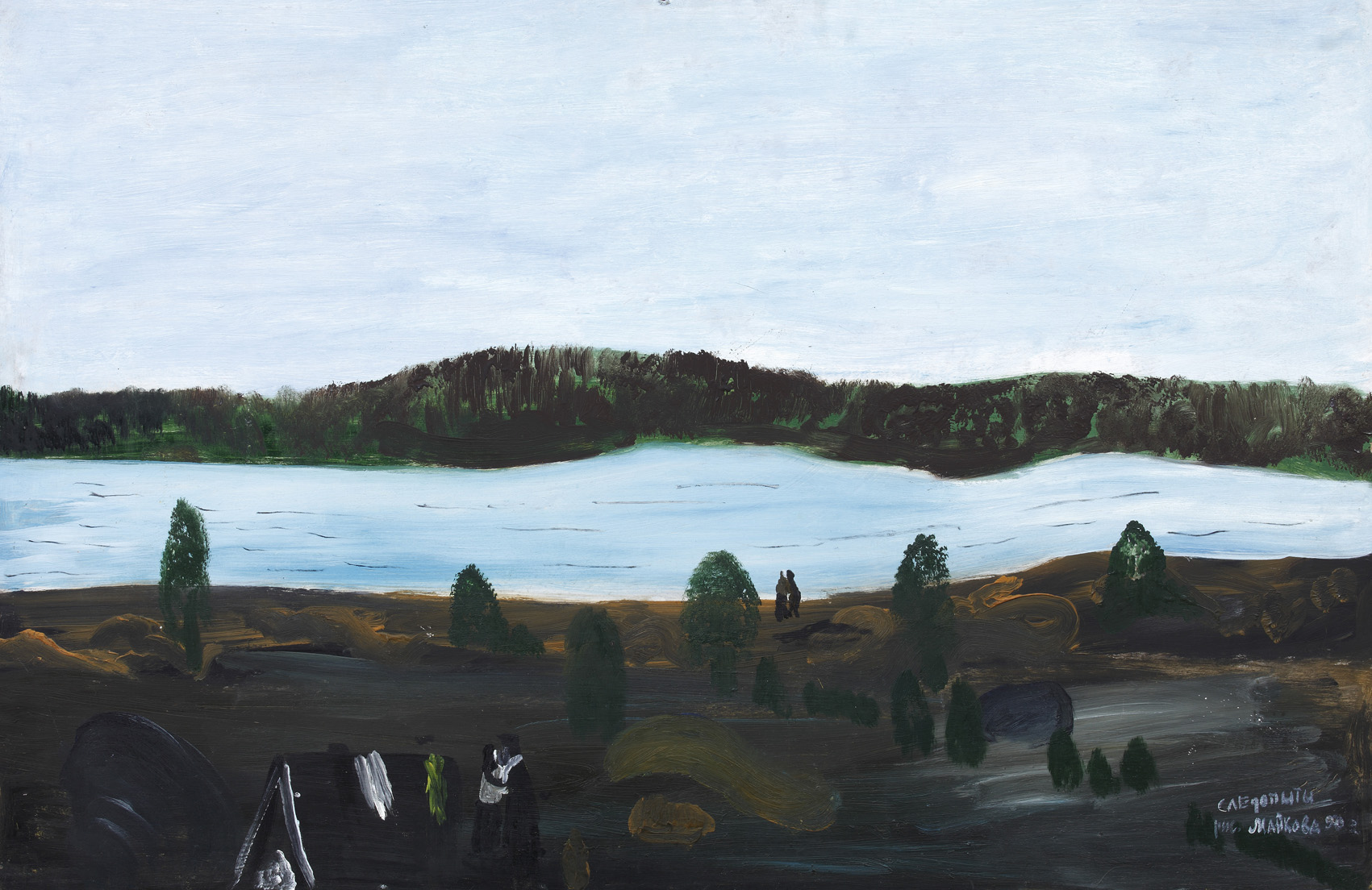 Lyubov’ Mikhailovna Maikova was born into a large family in the village Bryukhanovo, the Rzhev District, the Tver Province.

After only 1 year of studies at a village parish school she stopped her education in order to help parents with farming. She sang in a local church chorus and was even invited to sing in the choir of the Pokrovsky (Intercession) Cathedral in Kimry Settlement of Korchevsky District. She lived in the village of Selishi.

A common peasant woman, she for the first time took an art brush and paints in her hands at the age of 79 and soon gained admiration of millions of art lovers. She created more than 150 paintings, or around 400 paintings, according to other data. The first exhibition of her paintings was opened in Volkhonka Gallery in Moscow in autumn 1986. It was then followed by four more exhibitions. Newspapers vied with each other in printing her photos. Both Russian and foreign TV reporters shot films about her. The documentary film View from the window won a prize in America. In 1989 a collection of paintings by Lyubov’ Mikhailovna Maikova was sent to an exhibition in Paris. Baba Lyuba, as she was called in a familiar way, left people a rich heritage, having replenished private collections and museum funds with her works. Numerous connoisseurs and appraisers were not averse to make hay on her glory: they went on “pilgrimage” to her house in Selishi and later sold her works at enormous rates. But Baba Lyuba was delighted to see any person entering her home. She stopped painting in 1993. By 1998 she had already had more than ten personal exhibitions in the largest cities of Russia, the former Soviet Union republics and abroad. The name of Baba Lyuba is listed in lots of world catalogs and encyclopedias on “naive” art. Several documentaries have been shot about her. Her works are kept both in state museums and private collections. The artist died 20 days after her 99th birthday.