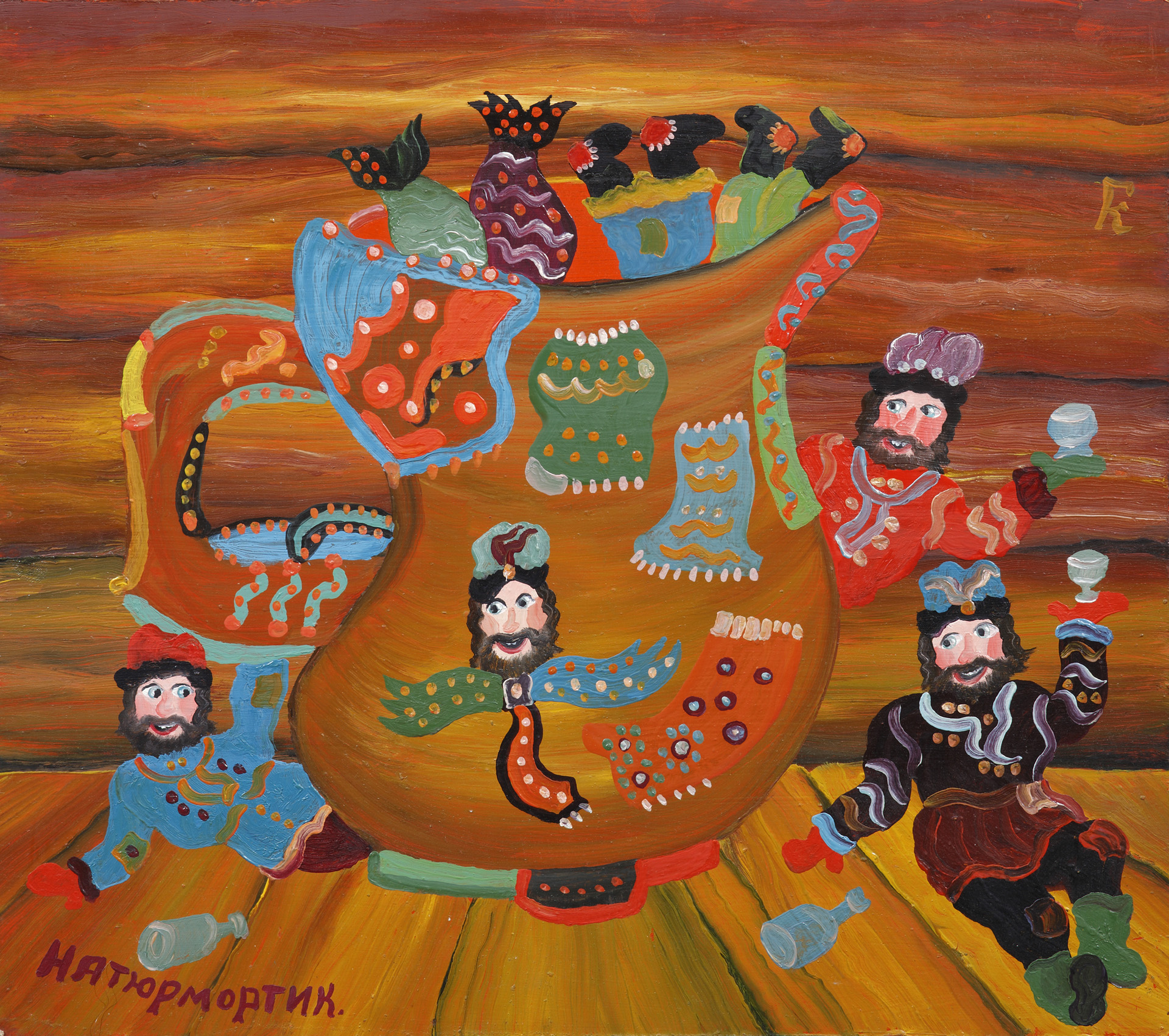 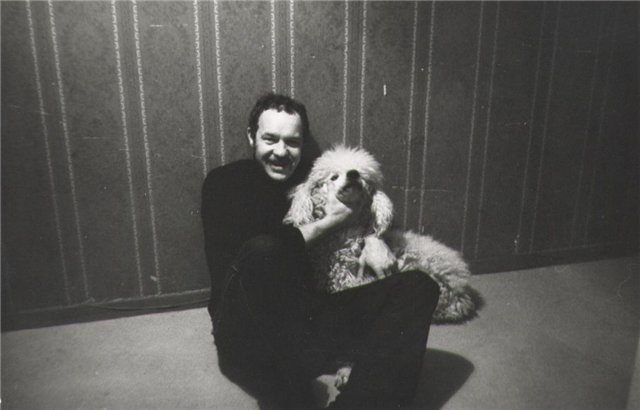 Grigory Kusochkin (1947-2010?) was born and lived in Kostroma. He worked as a photographer and a fireman at the firehouse. He began to paint in 1986, at first with tempera and then oil. Creativity Kusochkina born during the intoxication of freedom and democracy of the second half of the 1980s, it came from the same womb of urban culture that jokes and limericks. It is no coincidence, the first works of the artist echoed the stories of oral folklore. The artist often wrote poems on the back of his comic product of the plot. With a picturesque point of view Kusochkina picture painted in tempera, captivate their dynamism and freedom of composition, it is no coincidence, many of his characters proizvede- tions just fly through the air. Decorative colorful, festive fun, sometimes turning almost indecency, making a picture Kusochkina easily accessible and different attractiveness. Nevertheless, it is a serious artist, and in his own interpretation tiruet archetypes of traditional culture. Unlike other naive artists, which are were very serious, and we raise a smile, Kusochkin and he wanted to amuse the audience.
Trade shows:
All-Union Exhibition, Moscow, 1987; Naifs sovietiques, 1988 (France); Naive Artists of the World, 1990; Naive Art of Russia, Moscow, 1997; INSITA-97 Collection: GRDNT
KUSOCHKIN Gregory P. Kusochkin race. 1947
Solo exhibition: bone
Roma, 1986 and in subsequent years.
Trade :, Naifs sovietiques, 1988 (France), Naive artists of the world, Moscow, 1990; From … Naive Art, Moscow, 1991; Everyone himself the creator and the creator / G. Blinov G. Ku sochkin, E. Panova /, Moscow, 1991; “Take care of the world!”. The exhibition dedicated to the 50th anniversary of the Victory. Kostroma, 1995; INSITA-97; Pushkins- Kie images … Moscow, 1998; And I saw … 2001 Collections: Museum of Naive Art, Vlad Dimir-Suzdal Museum-Reserve.