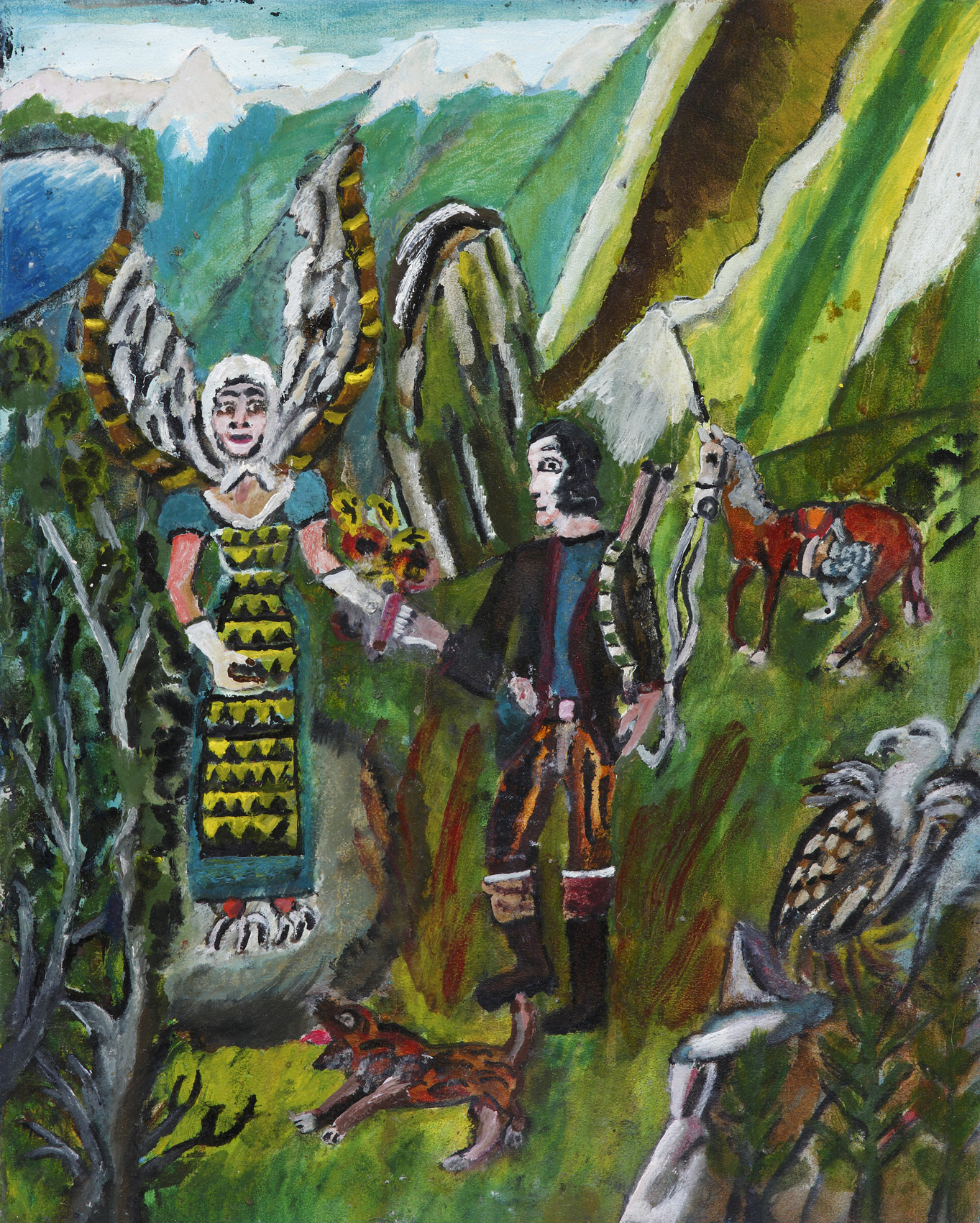 Alexander Alexandrovich Belykh was born in 1940 in the village of Staraya Kurba, Zaigrayevsky District, Buryatia in Southern Siberia, near Lake Baikal. His father was killed in 1944 in the Great Patriotic War (WWII) and, at the age of nine, Alexander went to live in the Irkutsk region where his stepfather was employed as a geologist.
The young boy grew up accompanying his parents on geological expeditions to distant parts of Siberia, so remote that essential supplies had to be dropped by plane
My life was spent in the forest gathering mushrooms and berries. I have seen bears, wild boar, eagles, wild goats, deer, elk, many animals… except the tiger.’ The tiger, repeated so often in his work, is the one animal he has never encountered other than in his dream life. He lived in Vladimir with his wife Nina and died of cancer in 2012.